Hi Everyone – Jenna hosted the “Back2School With Baby2Baby & Paul Mitchell ” event on Friday 27th August & 1 MQ & 3 HQ photos from the appearance have been added to the gallery.

Hi Everyone – I finally managed to find the 3 released episodes of the television series ‘The Playboy Club” which Jenna starred in back in 2011. Out of 7 episodes filmed only 3 aired before the show was pulled from screens. 1,302 SD screen captures across all 3 episodes have been added to the gallery.

Hi Everyone – Jenna was seen out for a stroll in Los Angeles on Wednesday 25th August with Steve, Everly & Callum. 59 HQ photos from this outing have been added to the gallery.

Hi Everyone – I have added 844 full HD screen captures from Jenna’s appearance on “Turning the Tables with Robin Roberts” to the gallery.

Hi everyone – I managed to get my hands on a copy of the Knot Magazine Fall 2021 so I have replaced the photos in the gallery with the HQ editorial. I have also added another photo from the photoshoot so check them out.

Jenna was seen taking her adorable son Callum for a stroll in her Los Angeles neighbourhood on Friday 6th August & 21 HQ photos from this outing have been added to the gallery.

Jenna was seen leaving a salon in Burbank on Wednesday 28th July & 10 MQ photos have been added to the gallery from this outing.

Jenna features on the cover of the fall edition of ‘The Knot’ magazine where Jenna discusses her upcoming wedding to Steve(The magazine happens to be brought out by a wedding planning website). I have added the article to the press archive & the behind the scenes & interview video to the video archive. The gallery has also been updated with 207 HD captures from the video, 7 HQ photos from the photoshoot & 7 MQ photos from the magazine editorial. 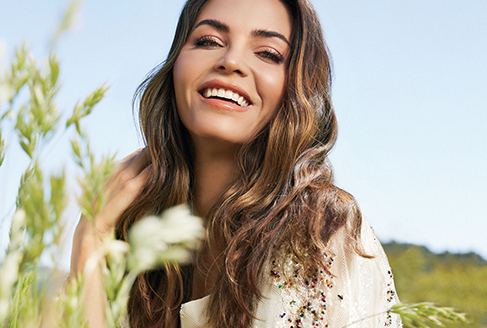